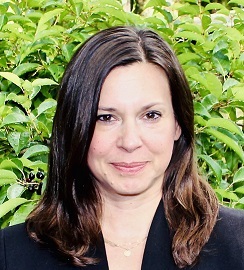 My current book project, Poetics of the Brain: The Emergence of Neuroscience and the German Novel, is conceived as a systematic and comprehensive study of the historical emergence of neuroscience and the concurrent development of the novel in the German-speaking world. Exploring the conceptual and practical dimensions of literary knowledge within the context of the historical interaction between neuroscience and literary prose during the long nineteenth century, it contends that knowledge about the human brain emerged at the margins or even outside of the disciplinary boundaries demarcating what counted as the legitimate domains of science’s “privileged” way of knowing. Following Michel Foucault (1989), Poetics of the Brain understands knowledge as a discursive formation that comprises a heterogeneous group of textual and non-textual, literary and quotidian, technical and apocryphal practices through which meaning is continually negotiated in relation to structures of (political) power, (academic) authority, and (literary) culture. So rather than exploring the impact or influence of neuroscience on nineteenth-century literary culture, the book understands literature as a discourse that is itself constitutive of neuroscientific knowledge. The book thus homes in on the ways in which poetic expression and literary imagination informed nineteenth century conceptions of the human brain within the nascent discipline of neuroscience. In the process, it illuminates a number of theoretical questions that have been notoriously tricky for literary theorists to tackle: What are affect and memory, and how do they correlate with other cognitive capacities? How to define imagination and creativity, and how do the two conjure to define temporal and spatial perception? Finally, how does hemispheric lateralization determine how we experience fiction and reality?

I am also in the process of expanding a new line of research that examines the cultural meanings of home movies and amateur films. Home movies are traditionally the genre of the family patriarch, however, since the 1980s, feminist filmmakers in Germany and Austria have reinvented the “format” by rethinking the conventions of domestic, autobiographical, and documentary filmmaking, while raising important questions about the nature of amateurism and the cultural and political conditions of (feminist) film production, and the practice of art more broadly conceived. My research focuses on home movies and amateur films that are “minor” films in the sense that they focus on the domestic space, thereby presenting a (seemingly) limited picture of, typically, private events—the meaning of which is advanced through the labors of projection and memory. The project will bring into focus the tangled relationship between documentary filmmaking, autobiographical narratives, and family dramas that are often not recognizable to the uninitiated viewer. My goal is to explore the contribution of this kind of “subjective amateurism” to the filmic construction of memory and gender identity and thereby establish a new way of reading home movies as alternative, intersectional, and often transformative, counter-histories from below.

In my first book, Speaking the Unspeakable in Postwar Germany. Toward a Public Discourse on the Holocaust (Cornell University Press, 2013), I investigate canonical public speeches by Theodor W. Adorno, Hannah Arendt, Ingeborg Bachmann, Martin Buber, Paul Celan, Uwe Johnson, Peter Szondi and Peter Weiss that both facilitated and subverted the construction of a public discourse about the Holocaust in postwar Germany.

Speaking the Unspeakable in Postwar Germany is an interdisciplinary study of a diverse set of public speeches given by major literary and cultural figures in the 1950s and 1960s. Through close readings of canonical speeches, Sonja Boos demonstrates that these speakers both facilitated and subverted the construction of a public discourse about the Holocaust in postwar West Germany. The author's analysis of original audio recordings of the speech events (several of which will be available on a companion website) improves our understanding of the spoken, performative dimension of public speeches.

While emphasizing the social constructedness of discourse, experience, and identity, Boos does not neglect the pragmatic conditions of aesthetic and intellectual production—most notably, the felt need to respond to the breach in tradition caused by the Holocaust. The book thereby illuminates the process by which a set of writers and intellectuals, instead of trying to mend what they perceived as a radical break in historical continuity or corroborating the myth of a “new beginning,” searched for ways to make this historical rupture rhetorically and semantically discernible and literally audible.

As a complement to this book, original audio recordings of a selection of the speeches discussed in the book are available to stream here: http://signale.cornell.edu/multimedia/30.