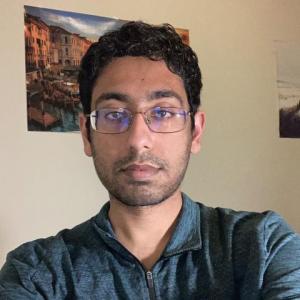 My name is Preetham and I am a second-year PhD student in history this year. I focus on modern European intellectual history in the nineteenth and twentieth centuries and my advisors are Professors John McCole and Ian McNeely. I am interested in the intellectual history of language and how various European linguists and philosophers developed their theories of language in different periods. My future dissertation project hopes to compare the linguistic theories of Wilhelm von Humboldt (1767–1835) and Umberto Eco (1932–2016), who lived in two very different periods of European history. I consider the ideas of perfect languages and language universals that are present in both their philosophies and explore the question why Eco was less optimistic about perfection and universality of languages than Humboldt, even though they both shared many ideas about language and a secular liberal worldview. By doing this project, I also reflect on Arthur Lovejoy’s methodology of “unit ideas” and the “history of ideas,” and the significance of this approach to understanding the longue durée of intellectual history. My foreign language training is primarily in German, which I hope to use in a couple of translation projects on Humboldt’s texts from the German into English.
Prior to coming to the University of Oregon, I have done my MA in history at Portland State University, where I also focused on modern European intellectual history and the history of linguistics. I wrote my MA thesis on the nineteenth-century theory of a Turanian family of languages that were different from the Indo-European and Semitic families of languages. These languages included Hungarian, Turkish, Finnish, and several other Central Asian languages. I focused on the role of the German linguist Friedrich Max Müller in developing and popularising this theory in the nineteenth-century and argued how the Turanian languages formed a more primitive language stratum in his grand theories of evolution of human civilisations and languages. I also considered the influence his thought had on the later evolution of Turanian pan-nationalist sentiments in the Austro-Hungarian and Ottoman Empires in the early twentieth century. The Turanian theory is no longer accepted by academic linguists today, though some far-right groups in Hungary and Turkey continue to propagate this theory. My BA degree was from Lewis and Clark College in Portland, where my major was economics.
Apart from my university studies, I have also taught English as a second language over several summers (especially during 2011–13) for middle and high school students at Venkatalakshmi Matriculation School in my home city Coimbatore, India. My passion for languages and history developed from this experience and gave me the inspiration for many of my research projects relating linguistics and history. I have also had a year-long editing internship with the Pacific Historical Review journal at Portland State University, and a membership with the Phi Alpha Theta History Honour Society there. I have also had the opportunity to travel to Germany for language study and research purposes.