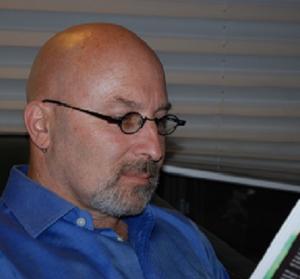 Stern’s first book, Nietzsche’s Ocean, Strindberg’s Open Sea, explored how two late 19th century figures, Friedrich Nietzsche and August Strindberg, criticized European, bourgeois conceptions of subjectivity. His subsequent research exploring Nietzsche’s critique of morality as it relates to restrictions and conceptions of the body and on the Danish philosopher Søren Kierkegaard’s conception of human subjection to an absolute demand deepened this analysis and led to an engagement with the limits of “freedom” within a philosophical tradition that bases its ethical analyses on the possibilities accorded and necessitated by volition. When considering this turn in his work as it relates to earlier concerns about narrative, Stern decided to investigate how thinkers reacted to the limits of their knowledge, and how the unknown became a springboard for both moral speculation and regulation in the European intellectual tradition. This then led to an interest in Africa, because there are few areas where the limits of European knowledge was more assiduously camouflaged by the imposition of a system of understanding that claimed absolute purchase on the human being. In other words, the way colonialism and globalization have created an understanding of the human being as such is an area of utmost concern.

Currently Stern has just completed the first part of a two-part comparative project exploring the relationship between aesthetics, ethics, and epistemology. The first part, a monograph entitled Alluvia places Nietzsche in conversation with African and Caribbean philosphers and poets. It forwards a poetics of worlding, unworlding, and reworlding in response to both the dominance of Western epistemologies and the expansion of digital survelliance. The second art of this project:The Singing Socratesdescribes the way Plato’s Socrates came to represent the pre-history of the 19th century rational subject and how Kierkegaard and Nietzsche’s receptions of this figure indicate cracks in the structure of western thought. These “cracks” allow the light of “otherness” to shine through. The Singing Socrates concludes with a discussion of European colonialism as it relates to historical conceptions of culture and the human being.

Currently soliciting: Alluvia, a monograph that places Nietzsche in copnversation with African and Caribbean thought.

it relates the notions of subjectivity, value creation, history, and the split between

the conceptions of the ancient and of the primitive.