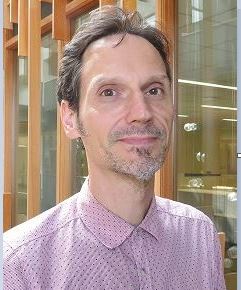 Martin Klebes is Associate Professor of German and the Editor of the electronic interdisciplary German Studies journal Konturen that is housed in the department. He received his Ph.D. in Comparative Literary Studies in 2003 from Northwestern University. He taught at Kenyon College and at the University of New Mexico before coming to Oregon in 2007.

Martin is the author of Wittgenstein’s Novels (Routledge, 2006; paperback released in 2012), and translator of Ernst-Wilhelm Händler’s debut collection of stories, City with Houses (Northwestern University Press, 2002). He also translated several chapters in a collection of writings by Hannah Arendt, entitled Reflections on Literature and Culture (Stanford University Press, 2007). Recent publications include articles on Hermann Broch and on Hannah Arendt’s theory of active reading.

Martin’s research focuses on the interrelation between literary and philosophical texts from the Enlightenment to the present, with particular emphasis on the German tradition, but also including French and American critical thought and contemporary texts, novels in particular. His current project concerns brother/sister relations in 19th- and 20th- century literary and philosophical writers from Heinrich von Kleist to Robert Walser.

For almost 15 years, Martin was a member of the editorial board of the electronic journal Parapluie; Click on the link to browse through some past journal issues.