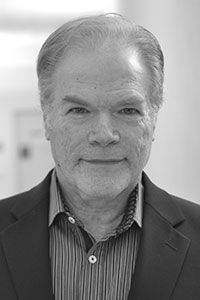 Kenneth S. Calhoon received his Ph.D. in 1984 from the University of California, Irvine. He taught for two years at Haverford and Bryn Mawr colleges before joining Oregon’s faculty in 1987. He spent academic year 1994-95 at the University of Bonn as a Humboldt Fellow. He is author of Affecting Grace: Theater, Subject and the Shakespearean Paradox in German Literature from Lessing to Kleist (Toronto 2013), Fatherland: Novalis, Freud, and the Discipline of Romance (Wayne State, 1992) and editor of Peripheral Visions: The Hidden Stages of Weimar Cinema (Wayne State, 2001). His publications cover topics that range from eighteenth-century literature and thought through the early twentieth century, with film, the visual arts and psychoanalysis being particular foci. His most recent book, The Long Century’s Long Shadow: Weimar Cinema and the Romantic Modern, was published by the University of Toronto Press in 2021.