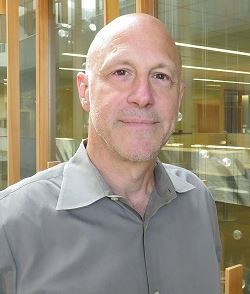 Professor Librett has written The Rhetoric of Cultural Dialogue: Jews and Germans from Moses Mendelssohn to Richard Wagner and Beyond (Stanford University Press, 2000), and Orientalism and the Figure of the Jew (Fordham, 2015), and published numerous essays on German literature, philosophy, psychoanalysis, Jewish Studies, and theory from the eighteenth century to the present.

He has translated a number of texts from German and French into English, including Jean-Luc Nancy’s The Sense of the World (University of Minnesota Press, 1997) and Of the Sublime: Presence in Question, by Michel Deguy et al (State University of New York Press, 1993).

He previously served as (founding) editor of Konturen, and currently serves as editor of Metalepsis: Journal of the American Board and Academy of Psychoanalysis.

His current research focuses on psychoanalysis and the aesthetics of modernism.

Recent courses include: Literary Theory; Aesthetics of Anxiety in the Modernist Moment; The Modern Subject in Perspective(s); On an Insubstantial Subject (Heidegger, Levinas, Lacan, Ashbery, Koethe); Narrative and Narrative Theory; War, Violence, and Trauma; Existentialism; Consciousness and its Discontents: Phenomenology and Psychoanalysis.