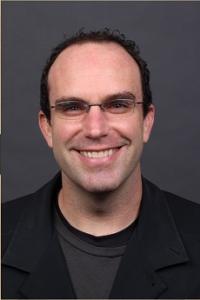 Gantt Gurley received his Ph.D. from the University of California, Berkeley in 2007. Before coming to Oregon he lectured at the University of California’s Scandinavian Department and was a Harry Starr Fellow in Judaica at the Center for Jewish Studies at Harvard University. His forthcoming book Meïr Aaron Goldschmidt and the Poetics of Prose examines one of Denmark’s greatest nationalistic writers as first and foremost a Jewish artist, exploring his relationship to the Hebrew Bible and later Rabbinical traditions such as the Talmud and the Midrash as a form of poetics. He is currently working on a joint project that is mapping the sudden appearance of Rabbinic tales in 18th and 19th century vernaculars in Northern Europe. A central aim of the project is to illuminate the mechanisms whereby Hebraic thought is reawakened in the European consciousness. His research and teaching interests include ancient and medieval song culture, the birth of the novel, the Wandering Jew, Long Romanticism, Old Norse literature, the lyrical mode, Hans Christian Andersen, and notions of religiosity in the Danish Golden Age.