“Ideologies of Convenience: Cynicism and Irony” 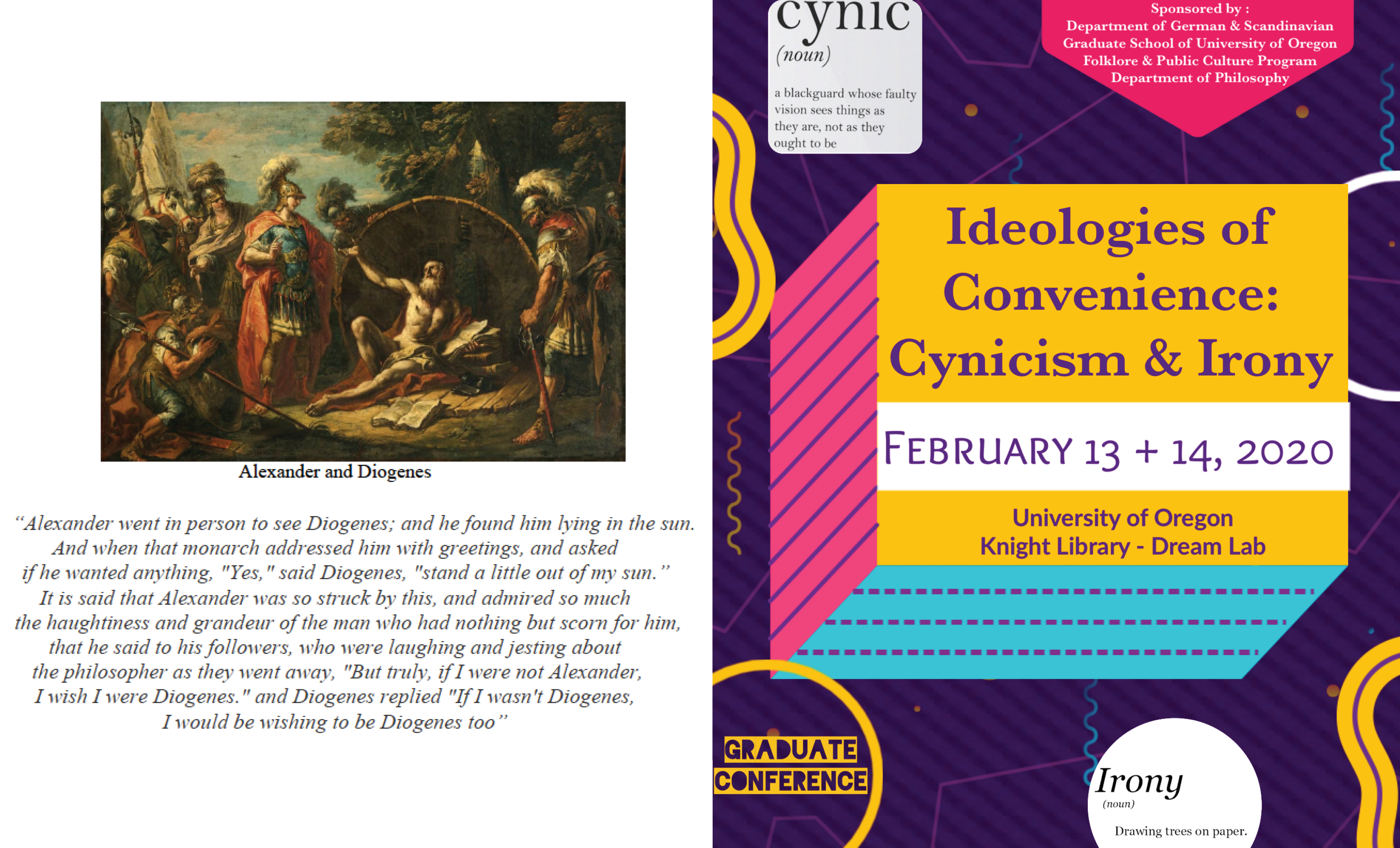 “I know what I’m doing but I’m doing it nevertheless” - Slavoj Žižek’s description of modern cynicism echoes its definition by German philosopher Peter Sloterdijk as “false enlightened consciousness”. The 20th century has turned cynicism into a mass phenomenon (Peter Sloterdijk), a “condition of disillusion” (Timothy Bewes). But cynicism can also be understood and theorized more generally as a general distrust of other’s motives; a subversion of conventional value systems and a keeping of distance through “a filter of insincerity” (William Barnes). Cynicism has infiltrated both the arts and society: Cinematic, literary, political, media, educational, and social discourses are imbedded in a cynical mindset. In this mindset, it is however often accompanied by irony. Together, they constitute an asymmetrical couple, writes Žižek. Although they both inform many satirical, critical, or nihilistic expressions, they are often not theorized as structural powers of the Western mindset. The Graduate Conference “Ideologies of Convenience: Cynicism and Irony” is exploring the complexities of cynical and ironic thinking and their productions. Because of both cynicism and irony’s manifold prevalence, our conference will explore many different fields of interest, from the study of literature and philosophy, to questions of societal behavior, environmental agency, popular culture, journalism, politics, and media. We want to bring cynicism and irony to the forefront of a discourse that mainly arises in modernity and postmodernity but can certainly be traced back throughout history.

This event is free and open to the public.

This event is organized by the Department of German & Scandinavian, and co-sponsored by:

Graduate School of the University of Oregon

Program of Folklore and Public Culture